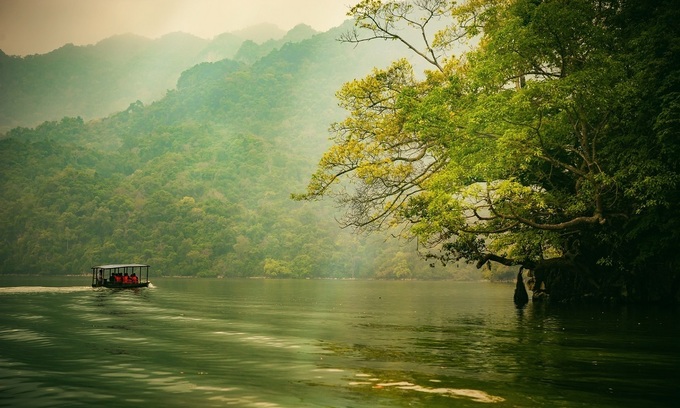 Bac Kan and Tuyen Quang provinces are creating a tour that will take visitors to several lakes as part of efforts to boost tourism.

The main destinations will be Ba Be Lake in Bac Kan, the country’s largest natural lake, and the Na Hang – Lam Binh Nature Reserve in Tuyen Quang.

Ba Be is made up of three smaller lakes, Pe Lam, Pe Lu and Pe Leng. The lake is surrounded by a complex system of mountains, valleys, rivers, waterfalls, caves, and villages steeped in unique, traditional ethnic minority cultures.

Ba Be Lake, recognized by UNESCO as “a wetland of international importance”, is at the heart of Ba Be National Park in Ba Be District.

The 61,300-ha Na Hang – Lam Binh Nature Reserve is set in a remote jungle along the banks of the Gam and Nang rivers.

Known as a Ha Long Bay in the middle of the jungle, its reserve is home to magnificent caves and a diverse ecosystem with many species of endangered flora and fauna, including the Tokin snub-nosed monkey. Ha Long Bay is a UNESCO natural heritage site in the northern province of Quang Ninh. 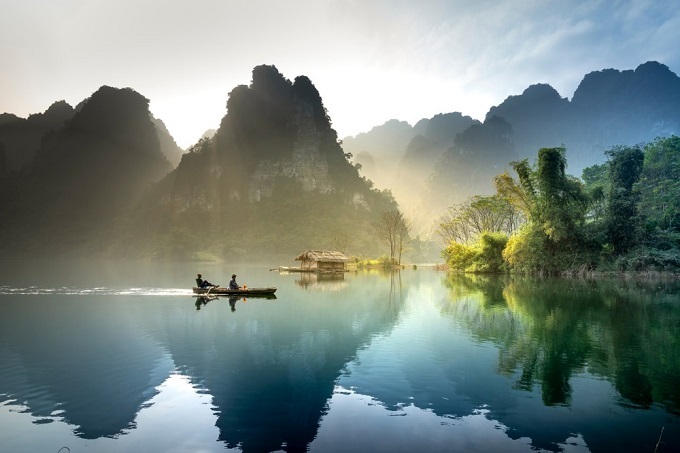 But despite these advantages, the tourism scene in the two provinces is not exactly thriving. According to tour operators, to make them attractive to visitors, comprehensive planning is required. The aim should be to build an eco-friendly tourism model that also helps preserve the local ethnic identity, they added.

A spokesperson for Five Star Travel company said destruction of nature and cement use in natural areas like Ba Be Lake should be prevented at all costs.

More than 30 travel businesses in the north did a fam trip to Bac Kan and Tuyen Quang from October 24 to 26.

The companies have asked Bac Kan Province to install signs at sightseeing spots and build photo booths to take advantage of social media networks for tourism promotion. They also want the province to ensure rescue and first aid services are available.

Tourism attractions around both Ba Be and Na Hang – Lam Binh are inadequate and not appealing enough to keep visitors for long. The partnership between the two provinces is expected to change that.

During the fam trip, a number of tourism businesses signed an agreement to bring more visitors. Dinh Ngoc Duc, chief of the Vietnam National Administration of Tourism’s market department, hailed the partnership, saying the provinces’ efforts would soon bear fruit.